Posted by admin on Jun 2, 2014 in journal, Uncategorized | No Comments 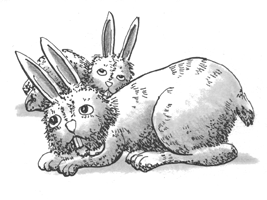 City on the harbour – Sydney a few days off winter. Sparkling night spent down by the Opera House as VIVID lights up. In town for an event at the MCA – a film made up of interviews with Byron Bay creatives about the perils and pleasures of making a sea change. Happy to have contributed some small grains of, if not exactly wisdom, considered thought about being an artist based outside of a metropolis. Good roll up – even if some of the audience came for the view. Really, who wouldn’t? There were 15m glowing rabbits on the headland.